Keys Gate Charter School teacher Andre Martinez is currently behind bars, held in jail on a $15,000 bond according to the Miami-Dade County Department of Corrections. 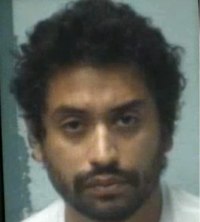 Andre Martinez was a teacher for several years at the Homestead school, where he was teaching cinematography. Monday, Homestead Police arrested him and charges him with two counts of unlawful sexual activity with a minor student. While it is uncertain at this time how old the two young girls were when the crimes allegedly occurred, the investigating officers confirmed that they had acted on a tip from a fellow student, possibly one of Martinez’s victims.

The police is now conducting an open investigation in hope of finding additional victims if they exist. The crimes for which Martinez was charged on Monday are said to have started in 2010 and apparently were still ongoing at the time of the arrest.