Published in a recent article in the Miami Herald, two boaters from Key West died in a boating accident that occurred at Boca Chica Channel. According to a fisherman who witnessed the accident and called 911, the boat collided with a bridge piling at the Lower Keys bridge in the evening hours of Sunday, July 1st. 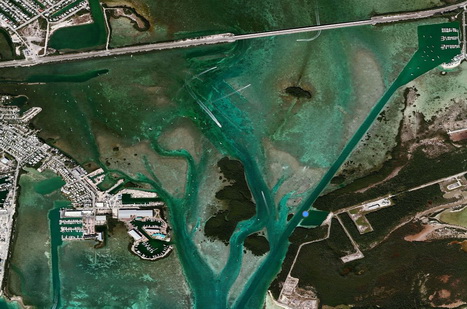 Both men aboard the 150-horsepower vessel were catapulted on impact. One of the occupants, Stuart Chase Barber, 28, was found in the water about two hours after the accident. Gabriel Carlos Gonzalez, 35, was spotted earlier and rescued by helicopter. Intensive care treatment was administered at Ryder Trauma Center in Miami, but he died the following morning due to severe injuries.

While the U.S. Coast Guard and the the Florida Fish and Wildlife Conservation Commission continue to investigate the cause of the accident, the Citizen, The Florida Key’s only daily newspaper, reported that Investigators are awaiting toxicology reports to determine whether drugs or alcohol were a factor in the crash, according to Officer Robert Dube, a spokesman for the Florida Fish and Wildlife Conservation Commission.

This is the latest reminder to all Floridians that accidents and fatalities spike during and around festivities of National Holidays, such as the 4th of July. The Florida Department of Motor Vehicles just published statistics about last year’s July 4th, which also serve as a reminder to all Floridians and visitors to drive safely: “During the 96 hours of the fourth of July Holiday in 2011, 29 people were killed on Florida roads. . . . There were 90 DUI arrests during the July 4th weekend in 2011 (from July 1 to July 4, 2011) and 5 deaths related to alcohol.”

A similar statistical trend is observed with fatalities on water, and an increase in boating accidents. During a recent holiday season, Leesfield Scolaro represented two families who lost a loved one in tragic and avoidable boating accidents.

The most recent accident saw the death of a very young child who was killed while snorkeling with his father when a powerboat, driven by an unlicensed minor child, drove over him. In the second matter, a 20-year-old college student was ejected from a powerboat when the operator collided at full speed with a wooden pier on a lake. The operator had been drinking at a bar less than one hour before the accident.

Despite reaching a settlement for these families, nothing can replace the lives that were lost during those National Holidays. Floridians must pay attention to their surroundings at all times and not engage in any dangerous activities, whether on the road, or at sea. Plan ahead, do not drink and drive, and always wear your seatbelt.