As just discussed in our most recent post “Settlement reached in Florida Keys seven mile bridge fatal car accident” head-on crashes in the Florida Keys is all too common. Yesterday, 22-year-old Kristine Rivera was killed when the vehicle she was in, operated by Didier Miles, 24, slammed head-on into a taxi that was stopped on Overseas Highway, waiting to make a turn. 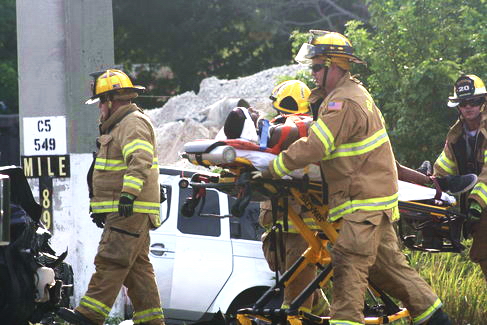 Details of the accident have yet to be released to the public, however it is likely that speeding and/or distraction may have been the cause for the umpteenth time. A witness came forward and said to a Miami Herald reporter that Kristine Rivera, the now deceased woman, rear-ended his vehicle approximately 4 miles south of where the fatal accident occurred.

After the rear-end collision, Rivera offered cash to the witness for the property damage to his car, suggesting that she was driving without insurance. The witness refused the cash offer and returned to his vehicle to “get something”. That is when Rivera, and Miles switched seats according to the witness and drove off. Four miles up the road, the Honda collided with Charles Akullian’s taxi cab.

Both Rivera and Miles were airlifted to Jackson Memorial Hospital and were listed in critical conditions. Rivera expired at the hospital. Charles Akullian was transported to Mariners Hospital in Tavernier, Florida, where he remains in serious condition according to the latest reports. 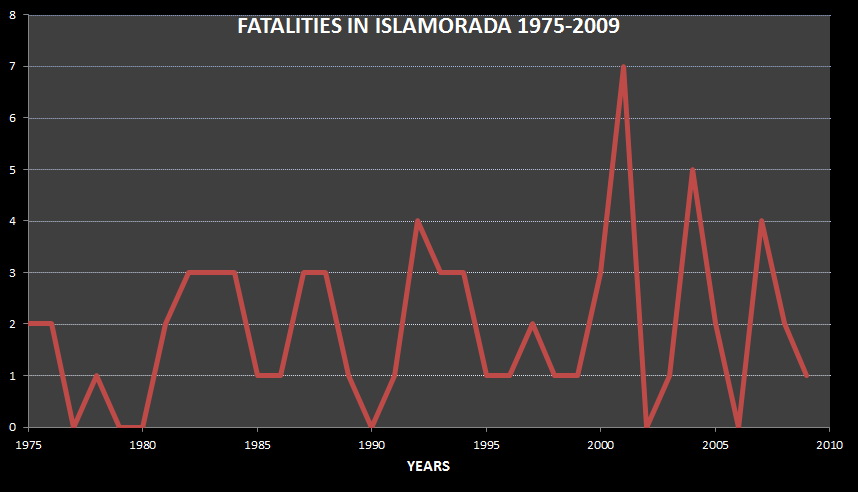 The graphic above indicates that almost every year between 1975 and 2009, multiple fatalities have occurred in the very small area that is Islamorada. Most of them are alcohol-related and distracted drivers. To obtain more statistics on the dangers of the roads in the Florida keys, refer to our prior post “Lawsuit filed in Key West following rear-end car accident“